Trade musings for the week - 2

Zero-hedge, the perpetual pessimist website, claims that India is creating a massive global rice shortage through the ban on rice exports from India. Zerohedge is wrong when he says that India accounts for 40% of the world's rice exports. That's not the usual case. Here are the actual figures for last 10 years:

India was a large supplier to the extent of 40% only in the year 2021. During other years, it was a supplier of around 15% of global supplies. There was a big jump in exports from India in 2021, not at the cost of other exporting countries, but to bridge the demand that went up by around 32% in that year. The same continued over to 2022 till the exports were banned on the 9th of September. While India has reasons to ban the exports of rice, it won't lead to a catastrophe as Zerohedge predicts.  Broken rice in USA mostly goes into animal feed. And making ethanol at many places. The main importers of broken rice are China, Senegal, Belgium, Indonesia, Viet Nam, Zimbabwe and Ethiopia. Some of these countries are also native rice growers.

Few months ago, we worried about rising shipping costs. It has now gone the other way with containers and dry bulk shipping costs plummenting. So much so, that Maersk has asked the captains of its ships to slow down the speeds to guzzle less fuel.

Here's what the Drewry Container and Baltic Dry indices say: 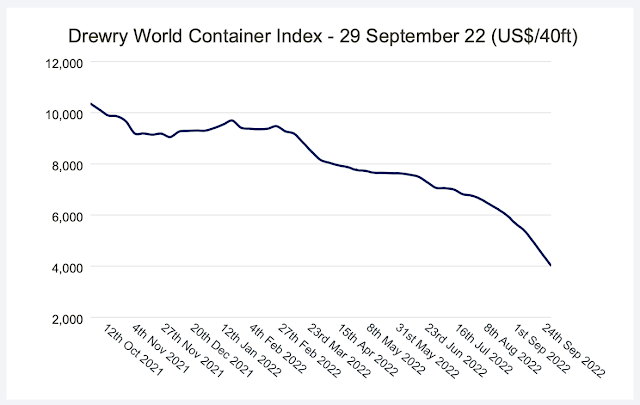 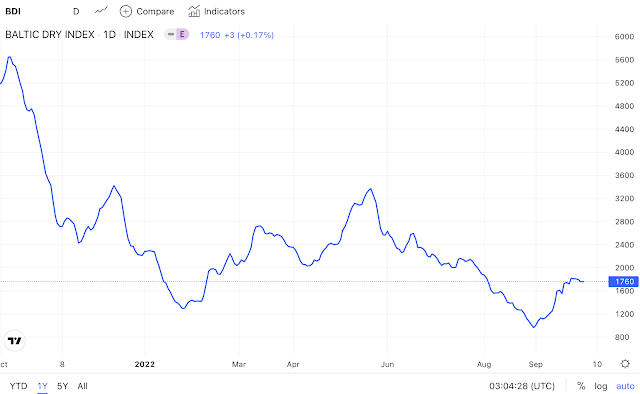 Friendshoring works only to a point:

China + 1 and Friendshoring are favourite words for those who wish to benefit from firms relocating away from China due to geopolitical headwinds. It may not may not work. Some challenges can be seen here.

Carmakers (of the IC Engine types) in India object to duty cuts proposed under Indo-UK FTA. The FTA between India and UK is currently under discussion. Car manufacturers in India are protected from imports with the help of a steep tariff barrier. Government has protected this industry throughout the last 30 years. The tariffs for import of a completed car is over 100% in India. This is is not so with most other industries that were opened up after India signed WTO. It is alleged that this protection has helped India to grow into an auto manufacturing hub for cars and components. India is 5th largest auto manufacturer(4.5 million per year) in the world, behind Germany(4.7 million per year). The top auto manufacturers are China (26 million per year), USA(11 million per year) and Japan(9.7 millioin per year). The Indian government is now committed on protecting the emerging EV market as this is the new infant in town. Also, 'Old infant' is an oxymoron. The earlier the IC Engine automakers realize this, the better for them.

The clever way to non-tariff barriers

US and EU are pushing for a border tax adjustment (import duty) based on some kind of measure of amount of carbon that an imported product emits. India and some other developing economies oppose this. While the debate slugs itself out, researchers are coming up with indices that can be used to arrive at the border tax amount for a given product that can be levied without falling foul with the WTO rules. The border tax concept is going smart with such ideas. India too, I feel, must come up with an adjustment mechanism that relies upon something like the per-capita-emission concept in order to ensure that we are ready to retaliate when the time comes, in a smart way. Meanwhile, US Congress feels that the benefits of border adjustment tax is uncertain.

The increasing trade deficit in goods:

The trade deficit in merchandise has become a sinkhole for India. The month of August was brutal with a deficit in goods trade growing to almost 28 billion USD. Services exports cannot hope to make up for such a deficit. Nor can the capital inflows of any type. This needs deeper thought to address. Here are the figures:

I am not a fan of political speeches. But I usually listen to the ones that the PM makes during the launch of any policy or plan. These carry distilled insights.  The PM's speech on National Logistics Policy was a great one. You can read the text here. The policy aims to cut logistics costs in India from around 14 percent today, by at-least 5% in coming years.  This would add directly to the bottomline of the firms that export out of India. It's equivalent to the MEIS incentive that government used to dole out to exporters, and which were struck down due to WTO objections. However, acheiving the goal would need unprecedented efforts and inter-ministerial coordination. Target setting is just the first step. And as the PM himself says in the speech: Policy is just a beginning, policy plus peformance is equal to progress.

Gyan of the week:

See the text in the image below from commerce ministry's website. The sentences "This is a system, everything is related to trade data" are nothing short of a good 'haiku'. Think about it. It will make a lot of sense. 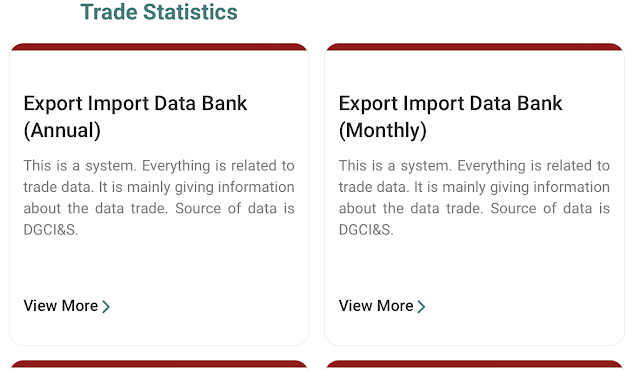 A real haiku in English that won an award in 1899: