Showing posts from December, 2013
Show all

Gold import control - Does it work?

By Tirumala Venkatesh Kaggundi - December 19, 2013
The Govt. thinks that gold imports cause high Current Account Deficit (CAD), and therefore, gold imports should be curbed.  As outright ban on gold imports would create uproar, Govt tried doing it in a roundabout way, with mixed results.  RBI came out with this circular in August 2013. The circular says that any importer of Gold has to keep 20% of such imported gold reserved for exports. In effect, the gold importer has to supply this gold to an exporter,who would in turn export it out of the country. The 20% is to be kept in bonded warehouses with Customs till an exporter is found. The remaining 80% can be sold in domestic market. However, if the 20% kept with customs is not subsequently exported, the importer cannot import further. The RBI circular presents a worked example on this. Also, if only a part of that 20% is exported, the quota allowed for imports in the next lot shall decrease proportionately.  The circular was supposed to decrease the import of gold. What it did, w
Post a Comment
Read more

By Tirumala Venkatesh Kaggundi - December 09, 2013
The WTO's Bali ministerial finally concluded successfully  with an agreement which would be called 'Bali Package'. The package is a watered down version of what started very ambitiously with Doha round of talks around twelve years ago.  The talks went through extremely bad patches in 2003 and 2008 when it was almost declared dead. People had started talking about moving beyond WTO, and indeed, countries had started working out regional agreements. So, not much was looked forward to in the Bali ministerial, and I thought it would wash out with India's resistance on food security clause ( link ), but it survived. Cuba made some noise, along-with India, on different issue altogether, but all came on-board to agree on this mediocre agreement. Mediocre when compared to what started out at initial Doha rounds.  The main point in this package is something called 'trade facilitation'. It's a relatively harmless topic to agree upon. To cut down on unnecessary co
Post a Comment
Read more

By Tirumala Venkatesh Kaggundi - December 05, 2013
It has been in news for few days now. After a very long time, WTO members seemed to have reached a position to clinch a deal. The deal was a toned down version of original mandate from Doha rounds, but even then, it was a big deal because it was a multilateral deal after a very long time. The world has drifted over to regional arrangements in recent years due to failure of Doha rounds. The multilateral differences are too many and too wide to be bridged, or so it was thought. WTO, as a multilateral trade body, started facing questions about its future. Some started to write it off. However, WTO remains relevant, even in the era of proliferating regional agreements, despite what some pundits say, due to its role in trade facilitation, enforcement and dispute settlements. And now, with the new Director General in place, it appeared as if finally a multilateral deal is about to fructify.  However, it now appears that it won't be. India has thrown the spanner in the wheels by being
Post a Comment
Read more

By Tirumala Venkatesh Kaggundi - December 03, 2013
I had blogged about the revolutionary trade facilitation measure 'electronic-Bank Realization Certificate' (e-BRC) here .  E-BRC was just launched by Directorate General of Foreign Trade (DGFT) at that time. It has been more than a year now and it has revolutionzed the way the bank realizations are filed in India. Recognizing this, the Asia Pacific Council for Trade Facilitation and Electronic Business (AFACT) , which awards eASIA awards, chose eBRC project of India for the award under the category 'trade facilitation'. The award under this category is given for 1) Improve the balance among governmental legislation, 2) Enhance international trade and eBusiness, 3) Increase information visibility, by evaluating the concrete effects on trade regulatory and facilitating agencies control and security, tax-related efficiency, trade promotion, and business efficiency, 4) Adopt a leading model in terms of simplification in trade procedures, single entry point,
Post a Comment
Read more

By Tirumala Venkatesh Kaggundi - December 03, 2013
There was a disturbing news item in the Economic times yesterday. The heading read " Finance ministry takes exception to commerce ministry OK-ing trade pacts; to take over negotiation of all investment pacts ".  The commerce department under Ministry of Commerce is the nodal department for all international trade negotiations. It usually seeks views and opinion from other departments/ministries while taking stands. However, there seems to be some disconnect lately. A part of the news item reads: Finance Minister P Chidambaram had raised concerns at Thursday's Cabinet meeting over the pact's text, which had been decided without consulting his ministry, after which the proposal was deferred. The finance ministry, which is the administrative department for India's investment policy, was neither consulted by the commerce department during the talks nor were its views sought when the draft text of the pact was finalised. The above difference was no
Post a Comment
Read more

Thou shalt pack in jute 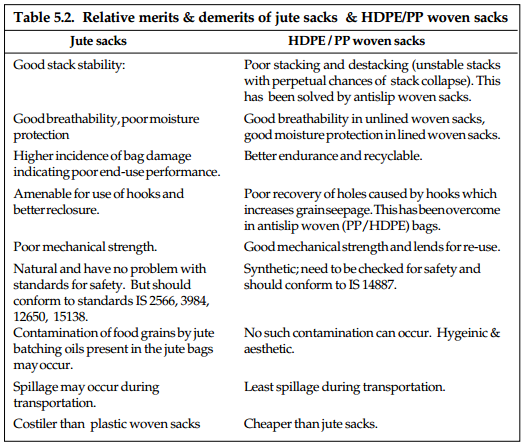 Ministry of textiles came up with an order that mandates compulsory usage of Jute as packing material for the year 2013-14, yesterday. The bright idea is to promote jute usage, in this year of jute, to help employment in Jute sector, and keep the struggling jute sector alive. It would also help jute farmers. The legal sanctity for this order comes from Jute packing material act of 1987, under which Govt is within its capacity to come up with such an order. The detailed order can be found here . Basically, it mandates that 90% of foodgrains, and 20% of sugar production must be packaged using jute products, mainly the jute gunny bags.  The intentions are good. The recent rise of usage of High Density Polymer (HDPE) bags, and Polypropylene (PP) bags has threatened jute sector. The head-on comparison of HDPE/PP Vs Jute bags is given in the figure below:  Taken from a study by A R Indiramma, CFTRI, Mysore The economics for th
Post a Comment
Read more
More posts