Showing posts from September, 2018
Show all

By Tirumala Venkatesh Kaggundi - September 12, 2018
How do you stop the President from tearing up a trade deal. As per Bob Woodward in his new book Fear:Trump in White House, by simply pulling out the signing paper from the desk. The President simply forgot that he had to unsign the NAFTA deal, or rather sign a NAFTA withdrawal (someone please do that for RCEP in India). While the deal break never happened (or engineered to not happen), the revised onerous negotiations on NAFTA wound their way to give the world a glimpse of what makes the US President happy when it comes to trade deals. Mexico has hammered out a deal that's acceptable to the US President. And going by the look of it, Trump loves trophies. He got his wall sponsored. Well almost. Canadians are still thinking, and bargaining.  One can understand the Canadian negotiators' dilemma. There's noting on the table for Canadians if they sign. But if they don't, they have things to lose in trade and economic growth. US is their biggest trade partner with more
Post a Comment
Read more

National logistics portal of India - A step in right direction 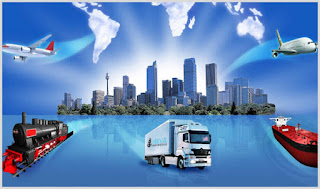 National logistics portal for logistics service providers India is planning to setup a National Logistics Portal  on an e-marketplace model. The initial idea was mooted sometime during February 2018 . The idea is to have an amazon for logistics service providers that would help bring down the logistics cost in the country. In principle, this is a great idea. The rest boils down to execution. In that respect, I find the National Trade Portal of Singapore to be a good single window example to emulate. While I am not a fan of Government being in business of making e-marketplaces of anything, I believe that public sector needs to step in to create infra-superstructures if/when the private sector fails. This effort falls in the category of private sector not living up to the expectations.  The logistics portal aims to bring onboard some 80 odd regulatory functions under one umbrella. I assume most of this boils down to providing links to the respective websites, which while d
Post a Comment
Read more
More posts