Showing posts from October, 2018
Show all

The mid year review of Foreign Trade Performance of India 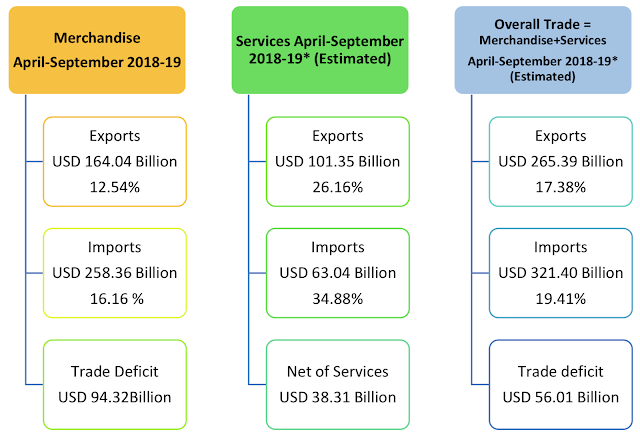 India's financial year is counted from April to March. That makes it out of step from regular calendar year followed at most places. The September numbers for foreign trade is here. So that makes it a half year data being available for this financial year. The brief summary from the official report is as follows: India's foreign trade summary - April to Sept 2018 Imports over the period has grown faster than exports of merchandise and services. To that extent, the trade deficit worsens. What is noticeable is that even in services, the trend is following merchandise in terms of imports growing faster. India maintains an overall services surplus of around 70 Billion USD per annum that helps bridge the merchandise trade deficit of around 200 Billion USD (other gap-filling coming through various forms of capital flows). Since 2013, when the exports last grew significantly, we are stuck in doldrums in the range of around 300 Billion USD exports. The government has exhaust
Post a Comment
Read more
More posts